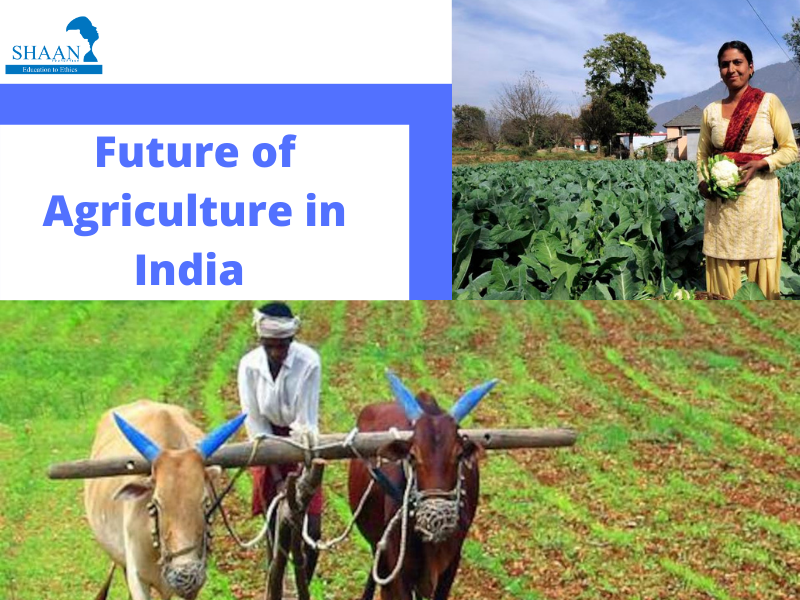 The Future of Agriculture in India

“Two years ago, I told myself enough of running around in mandis and started pepper cultivation instead of wheat on my four acres of land. I earned a good profit, all my pepper was sold at my doorstep, and the buyer made a quick payment since there is no middleman involved”, said Lakkha Singh, a marginal farmer from Malwa region, Punjab.

Current issues - what is preventing farmers?

- Absence of risk-taking ability leading to lack of innovation.

- No incentive to adopt such practices — Same MSP on all types of crops, whether with chemical residue or organic.

- With modernisation and mechanisation of agriculture taking a toll, ancient agriculture practices have taken a backseat.

The current paradigm has presented a dire need to look back at the ancient perception of agriculture.

Kisan is the owner of two things- Cow and land and if we incentivise using one to enrich the other then we are not only reducing the cost of agriculture for the marginal and small farmer but also enabling him to fetch more prices. And these incentives must be in form of procuring his produce while also giving him support at the farm level for boosting quality and decreasing pesticide residue.

We in the Unnao district of Uttar Pradesh have been trying to connect small farmers with markets while conducting training sessions for them. We as an institution have been working in 20-30 villages and we welcome all industry and institutions to help us in making one district a model for industry-led agriculture growth and farmer welfare. It’s time to make our Kisan(farmer) - Vyapari  (Trader).

Let’s restore the sanctity of profession by breaking the taboo that farmer is helpless and lets  work towards - “Doctor, Engineer, Teacher, lawyer ...Farmer”

This blog pertains to UPSC papers on UPSC papers on GS3 Agriculture and Essay-type questions. Also, do check our daily blogs to be updated with the UPSC syllabus. Subscribe today so that you don’t miss out on any important topics.