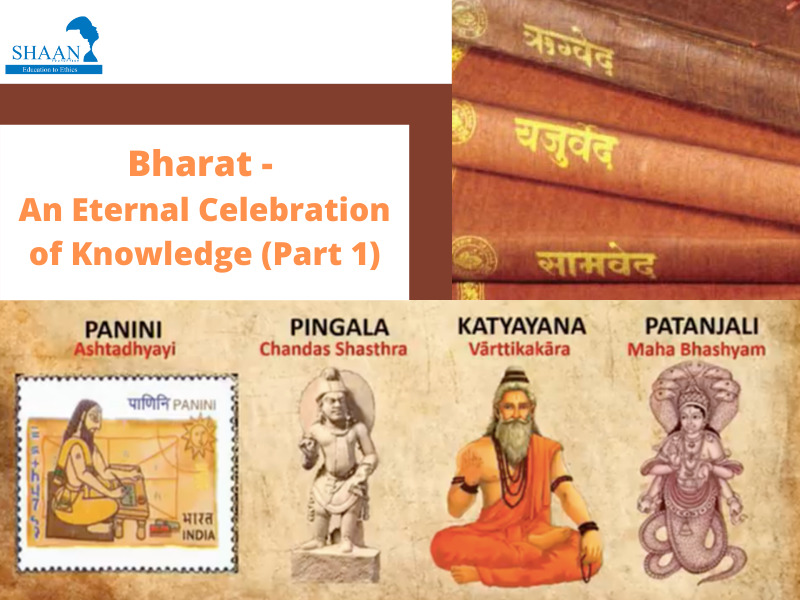 It Cannot Be Stolen By Thieves, Nor Can It Be Taken Away By Kings. It Cannot Be Divided Among Brothers. It Does Not Have A Weight. If Spent Regularly, It Always Keeps Growing. The Wealth Of Knowledge Is Most Superior Wealth Of All .

Veda Bhoomi (the land of knowledge), this was the name given to ancient Bharat which was established 16.500 years ago as a unified civilization and later thrived on the basis of shruthi, smruthi, puranam, itihasam, aagamam and siddhantam.

Today when the world stands fragile and devastated, there is a need to look back at what the greatest of all civilization once had and still has to promise a future for eternity. From problems of rising suicides to the failed role of societies and to the failed role of the global community to guide a path for sustainable development, there is a vacuum for the vishwaguru which enables an everyday life interwoven with culture and ecology that the individual can do nothing but be happy.

As humans evolved and civilizations popped up, there of course was a state of confusion in mankind as to how would one develop a just society and thus came the role of intellectuals and academia from India who gave the world what was required to solve every kind of problem and not only that but achieve salvation through knowledge. Evidence, facts, manuscripts, etc dug through history describes the unending understanding of the holistic view of life through muni Kanad, Charak, Sushruta, Aryabhatta, Patanjali, Panini, Thiruvalluvar and indefinite other such personalities from Bharat webbed not just Bharat but the entire world in one cultural identity devoid of social ills like racism but also allowing the individual at the same time to grow as they wish and attain salvation in their own way.

These personalities not only focused on holistic view but also explained quite specifically about particular areas like kanad on atomic theory and psychology of human mind while linking science with environment and charak gave detailed description of ayurvedic medicines and curative healing in sync with the ecology while patanjali focused on yoga as a preventive healthcare not just for physical development but overall development of humans, same goes with the father of surgery sushruta, this proves one fact that though all of them focused on attaining knowledge about a specific area but a definite inference is that without a holistic view none could be fulfilled.

Similarly the ancient art of Bharat seen in sculptures, monuments, temples, relics not just in the Indian subcontinent but extending over to other continents too still guides institutions across the world. More importantly, this art reflects the thought and view which sees great harmony in the whole of creation and encourages us to see beyond our senses by attaining vidya.