The areas of work dealt within CS III (Biodiversity) division can be broadly categorized under following categories: •

Projects related to above issues CBD is one of the key agreements adopted during the Earth Summit held in Rio de Janeiro in 1992.

The three objectives of the CBD are: conservation of biological diversity, sustainableuse of its components, and fair and equitable sharing of benefits arising outof the use of genetic resources.

Pursuantto ratification of the CBD by India on 18th February 1994, several steps were initiated to meet the commitments under the Convention, and to realize theopportunities offered by the Convention.

India enacted the BD Act in 2002 to give effect to the provision of this Convention. India has also prepared a NBAP in 2008, and an Addendum to NBAP was prepared in2014 with 12 National Biodiversity Targets, developed in line with the 20global Aichi biodiversity targets.

TheNagoya Protocol is being implemented at national level inter alia through the BD Act. IPBES was established by the Governments of various countries in April2012 as the biodiversity counterpart of Intergovernmental Panel on Climate Change, for strengthening the science-policy interface on biodiversity so as toprovide policy makers with reliable, independent and credible information onbiodiversity, thus promoting human wellbeing and sustainable developmentthrough sustainable use of biodiversity.

TheBD Act is implemented through a three-tier institutional mechanism: NBA, State Biodiversity Boards (SBBs) and Biodiversity Management Committees (BMCs). NBAis a statutory body that performs facilitative, regulatory and advisory functions for the Government on biodiversity related issues. Activities undertaken Convention on Biological Diversity: In exercise of the powersconferred by subsection (1) of Section 39 of the Biological Diversity Act,2002, read with sections 6 and 12 of Notification S.O. 1911(E), dated8thNovember, 2006, and in continuation of this Ministry’s Orders dated28thAugust, 2008, 12th September, 2012, 8th July 2013 and 21st January 2020,the Ministry of Environment, Forest & Climate Change, Government of Indiadesignated National Centre of Veterinary Type Cultures(NCVTC), NationalResearch Centre on Equines(NRCE), Hisar as a repository underthe Act to keepsafe custody of voucher specimens of microorganisms pertaining to veterinarysciences and Bombay Natural History Society (BNHS) for the safe custody ofmarine, fresh water and terrestrial fauna only.

AnIndian delegation attended the Second Open Ended Working Group Meeting on the Post 2020 Global Biodiversity Framework held in Rome, Italy from 21st Februaryto 2nd March 2020. The Ministry celebrated the “International Day on Biological Diversity 2020” on 22 May 2020. The theme for this year’s celebrations was “Oursolutions are in nature”. During the event, the Hon’ble Minister Shri Prakash Javadekar launched a Biodiversity Samrakshan Internship Programme along with ateaching module on the theme of biodiversity for the Diksha portal of Ministryof Human Resource Development.

TheNBA also launched a webinar series in collaboration with UNDP to create awareness on BD Act, Rules, ABS mechanism and its related issues. After expiryof the term of the non-official members on 20 March 2020, the Central Government appointed the five new nonofficial members to the NationalBiodiversity Authority for a period of three years from the date of publicationof the notification, and for that purpose amended the Notification.

ASub-regional Virtual Consultation on Post 2020 Global Biodiversity Framework was held on 4-5 August, 2020. The Convention on Biological Diversity (CBD) willadopt a post-2020 global biodiversity framework as a stepping-stone towards the2050 Vision of “Living in harmony with nature”. Considering this as a goodopportunity to demonstrate India’s leadership by securing an ambitiousagreement for 2030 that can act as a stepping stone towards the 2050 Vision of“Living in harmony with nature” and also contribute towards the SDGs, theconsultation was organised to prepare India’s national contributions. 6th Asiaprotected areas partnership (APAP) Technical Workshop was held virtually on 13August, 2020 to facilitate improved conservation outcomes for protected areasin Asia, in accordance with the Sendai Charter and in support of national andregional efforts to implement the Strategic Plan for Biodiversity.

A special virtual session for Subsidiary Body on Scientific, Technical and Technological Advice (SBSTTA) 24 and Subsidiary Body for Implementation 3 (SBI) was held from 15-18 September 2020 maintaining the momentum ahead of the UN Biodiversity Summit and towards COP -15 now likelyto be held in 2021. Both the sessions were represented by an Indian delegation. A ministerial roundtable- “Biodiversity Beyond 2020: Building a Shared Futurefor All Life on Earth” was held on 24thSeptember 2020, convened by the Hon’ble Minister of Ecology and Environment, the People’s Republic of China. The summit was attended by the Hon’ble Minister Shri Prakash Javadekar.

Dr Sujit Kumar Bajpayee, Joint Secretary and National Focal Point to the CBD was nominated as a member to the Committee on Conflicts Interest of theIntergovernmental Science Policy Platform on Biodiversity and Ecosystem Services(IPBES) on 16th November 2020 for a period of three years.

India hosted the 13th Conference of Parties (COP) of the Convention on theConservation of Migratory Species of Wild Animals (CMS) from 17th to 22ndFebruary, 2020 at Gandhinagar in Gujarat. The theme of CMS COP-13 was‘Migratory species connect the planet and we welcome them home’. The divisionparticipated and provided support as a member of Executive Committee for thesuccessful organization of the conference.

A meeting was organized in between MoEFCC and Mr. Serge Segura, Ambassador of France for the Oceans visiting India on 4thFebruary 2020 at MoEFCC, New Delhi to take forward the biodiversity as an agenda and possible areas of cooperation between two countries in the field of biodiversity. This meeting was a follow up exercise to Indo- French Joint Working Group meeting held in November 2019held at MoEFCC, New Delhi.

The division has successfully guided interns being selected by the Ministry throughits internship programme for young students to provide them necessary trainingrelated to governments policy and programme and work culture.

Biological Diversity Act, 2002 and NBA: During the period, six meetings of the Authority were held where decisions were taken on draft ABS regulations,draft amendments to BD Act and Rules, and on important regulatory, policy and legal issues. During the period, 779 applications were received by the NBA, of whichdraft agreements were sent to 532 applicants for execution. Out of these, 150applicants have executed agreements with NBA.

Sharing of Benefits to Benefit Claimers: As part of sharing the benefits with the benefit claimers, the NBA has shared sum of Rs.31.55 crores with Andhra Pradesh forest department to conserve and protect Red Sanders in the natural habitat. The amount was also to be used for training and capacity building of forest staff and community; community oriented economic activities and establishing national level institute in Tirupati.

NBAhas shared a sum of Rs.11.25 crores to Andhra Pradesh SBB to constitute BMCs and documentation of PBRs in the adjacent villages of the Red sander growingarea.

Inorder to promote the conservation efforts, the NBA has sanctioned 6 projects to the tune of Rs.2 crores to various institutes like Institute of Forest Genetics and Tree Breeding, Institute of Wood Science and Technology and Indian Institute of Chemical Biology for undertaking research on Red Sanders like development of drug molecules, skin care products, population diversity using latest technologies.

NBA through Telangana SBB has shared a sum of Rs.24 lakhs to 11 BMCs of Medak, Warangal, Kareem Nagar districts for utilizing the money to undertakeconservation of biological resources and socio-economic development in the respective village. Similarly, a sum of Rs.1.5 lakh has been given to a BMClocated in Karnataka.

Monitoring Patent Applications: NBA secretariat has initiatedmonitoring of patent applications that are being published by the Indian Patent Office (IPO) every month so that the patent office as well as the applicantscan be informed well in advance of the inventions that would potentially fall under the purview of Section 6 of the BD Act and would require obtaining aprior approval of NBA.

Themonitoring process is carried out for the relevant divisions of Biotechnology,Agrochemicals, Traditional Knowledge -Biotechnology, Microbiology, Biochemistry, Food and Pharmaceuticals.

2580applications were scrutinized between January 2020 and November, 2020,following which requisite communications were sent to the IPO in 150 cases,informing them that these invention would fall under the purview of Section 6of the BD Act and that the NBA’s approval would be necessary.

The IPO has also published these letters on their website in order to make the applicants aware of the requirement so that the applicants can approach NBA ina timely manner, before the patent could be granted.

EC on Digital Sequence Information (DSI): The Expert Committee on DSI was constituted on 18 April 2020 to deal with matters related to DSI like coiningan appropriate terminology, define scope of the term, challenges faced pertaining to traceability, etc.

Working Group for developing methodology for assessing ABS potential: The working group met on14th October, 2020 to deliberate on the methodological issues pertaining to assessment of ABS potential for the country.

Expert Group for building criteria and guidelines for identifying Other Effective Area based Conservation Measures (OECMs): An expert group was constituted on 8 June 2020 to determine the criteria and guidelines necessary for determination and identification of OECMs in order to achieve Aichi Target11 of the CBD. The expert group met on four occasions through video-conferencing in 2020.

Following the finalization of the criteria and guidelines, a Working Group for OECMs was constituted by MoEFCC on 5 October 2020 for the identification, monitoring, mapping, etc. of such OECMs. The first meeting of this Working Group was held on 15 October 2020.

Establishment of BMCs and Preparation of PBRs: In pursuance of the Order passed by the Principal Bench of the Hon’ble NGT in O. A. 347 of 2016 dated09.08.2019, and based on the subsequent orders, 8 Review meetings have been conducted by NBA through videoconferencing in the year 2020 with the SBBs andUTs on implementation of the BD Act. As on date 28 States and 4 UT BiodiversityCouncils have constituted 2, 66,819 BMCs and prepared 2, 06, 707 PBRs

NBAhas initiated the process for preparation of an Electronic Dashboard for all the SBBs and UT Biodiversity Councils for maintaining the updated database on the BMCs established and PBRs prepared all over the country.

The blog on Natural Resource – Biodiversity Conservation covers UPSC paper GS-3 Biodiversity, Environment security. Don’t forget to subscribe so that you never miss out on such important and interesting topics. Check out our previous blogs on various topics here. 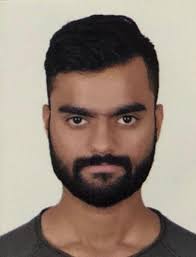